Call Us Any Time

It was a dank, dreary, rainy evening with ominous shadows hanging over the parking lot of Paving Professionals’ corporate office. After a long day at work, Tony Johnson made his way through the parking lot to his car when he received a call. The voice on the other end spoke with a slick confidence that brought to mind a moustache, and an amber topped cane. Introducing himself as Dr. Surgeon.

“I have a proposition to make,” he said coolly, “My associates and I are opening a new park here in Fayetteville, North Carolina. We need you and your team to come pave the walkways between the new enclosures we have installed.” It wouldn’t be long before the crew learned that these were not just any kind of enclosures. They were housing some very special creatures not seen since the cretaceous period

Only a few short weeks had passed when the noise made by the crew’s paving machines as they paved the new walkways outside of Fayetteville attracted an unexpected visitor. Slinking out from between the trees a Plateosaurus appeared to watch the progress of the pavers as they passed by.

A curious Styracosaurus joined in the fun, popping up from the brush to inspect some of the workers’ trucks as well before darting away scared off by another creature that approached from the crew’s right. Paving had to be stopped, and all took shelter in their vehicles as a hungry looking raptor appeared. It didn’t take long for the raptor to move on in search of a more satisfying lunch, and the crew was able to resume their paving duties. We promise that we get our paving jobs done, no matter the circumstances!

We have received a report that Dr. Surgeon and his team of scientists have gone missing after having recreated the T Rex, and Sweet Valley Ranch is requesting all those around Fayetteville come and assist in the search for them! For more information about their new Dinosaur World coming this summer visit their website at sweetvalleyranchnc.com. Tickets have gone on sale as of May 1st on their website!

Our goal at Paving Professionals is to provide the highest quality work for a fair price. With over 60 years of experience, our team is one of the most experienced paving teams in the Raleigh Durham and Triangle area. 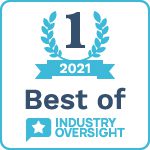